How Led Lights Are Different From Other Lighting Sources 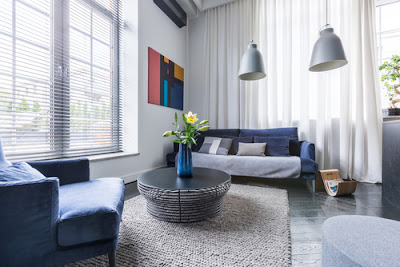 Light emitting diodes or as commonly referred to as LED lights are basically semiconductors that are made to produce visible light by allowing electric current to pass through them. The adoption of led lights for general lighting needs was very low due to the fact that the technology had not yet developed fully to become a reliable alternative. However, until in recent years, led lights are increasingly becoming very common and most preferred source of lighting. This is due to the fact that the LED lights technology provides numerous advantages over other sources of lighting such as the fluorescence tubes and incandescent bulb.


How Led Lights Are Different From Other Lighting Sources

The led lighting is completely different compared to other traditional lighting sources as shown below;

· Long lasting
The lifespan of a quality led light that has Energy Star gives light for longer period compared to the traditional incandescent bulbs and fluorescent tubes. This is because of the tungsten that wears out due to the heat produce by the electric current.

· Efficient energy use
The LED lights are designed to use wattage that are considerably low compared to other traditional lighting technology and still be able to give bright light.

· Wide design opportunities
The tiny size of the LED's can be suitable in coming up with various designs so as to be applied in wide range of uses such as in interior designing.

· Heat production
The LED lights produce very little heat when compared to other sources of light. This makes the LED's to be very efferent in energy use and thus suitable to be used in places where heat is an issue.

The market demand for led lights is expected to continue to grow as more people are turning to the technology for various general and special-purpose lighting needs. Below are the various general applications when it comes to led lighting; · Household LED lighting
LED lamps with little wattage are replacing traditional lamps that have high wattage but not as efficient as the LED lamps. They are slow being adopted as the mainstream lighting source as incandescent bulbs of higher wattage are being replaced due to their inefficiency. Fluorescent tubes are also being replaced with LED tube lamps. The tubes have t be properly installed unlike florescent tubes that emit light in all directions.

· Commercial LED lighting
The efficiency and low cost maintenance of the led lighting has enabled it to become preferred choice in commercial lighting. This is because of the low cost incurred operating them. They are long lasting and low heat production. The LED lights can also be suitable for street lighting which usually requires long periods of lighting. Thus saves cost in the long run to keep the street lights on and also in the commercial building.

· Ceiling and wall lighting
With creativity, led lights can be used to enhance the look of a room in a building and bring out clearly the interior décor and the intended theme of that room or the building itself.

· Lighting in motor vehicles
Led lights are now replacing tungsten lights in the headlights and rear lights because of their energy efficiency and lifespan.

· Greenhouse lighting
Led lights are used to facilitate the rapid growth of plants in the greenhouse especially at night. The LED lights enables plants to be placed close as possible because the lights do not produce heat that can scorch the plants. This enables saving of space for more intense cultivation of the crops.

· Special lighting
Special lighting is in concerts or in traffic lights in improving road safety. The LED lights are also used to enhance image qualities in art museums.

· Low Maintenance Cost
Once the LED lights are properly installed, the cost of maintenance is very minimal as compared to other light sources that need to be replaced at short period of time.

· High Energy Efficiency
The LED lights can put out about 135 lumens per watt which makes it way more efficient as compared to incandescent bulbs. Such efficiency makes the LED lights suitable for use with batteries or energy saving gadgets.

· Instant Lighting
The led light reaches maximum brightness in microseconds when switched on.

· Low Temperature Tolerant
The lights are not affected by low temperatures as compared to other light sources. Even at sub-zero temperatures the LED lights would still light without any reduction in the brightness. 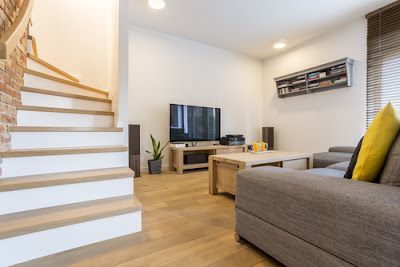 · Directional Light
This characteristic enables the led light to be focused on a specific area and thus no light wastage.

· Rugged
The red lights are made with solid material and have no filament thus makes it hard to break. That is why they are commonly referred to as Solid State Lighting (SSL).

· Controllable
You can easily control the led light color and brightness due to its well engineered circuitry.

· High Initial Installation Cost
Compared to other convectional lighting sources, the initial cost of acquiring and installation is high.

Currently in the market there are several LED light manufacturer. It is therefore important to make sure that you are able to get led lights that have been satisfied to be of right quality. When hiring led fitting company, you should also make sure that the company is reputable so as to receive quality services.
Posted by Unknown at 20:33 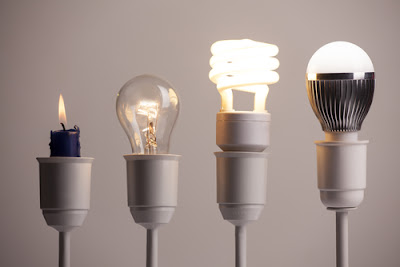 We all know what is the future of light energy sources: LEDs. Gradually, this light device has replaced fluorescent, halogen, and filament bulbs all over the world as LEDs are highly efficient and consumes less possible. What are these and how are they so efficient?

LED stands for Light Emitting Diode which is a semiconductor material that converts electric energy to light energy.

The energy consumption of an LED light is 85% less than incandescent or halogen lighting. Unlike the incandescent bulbs that use a thin wire filament for the passage of electricity and the halogen bulbs that pass energy through mercury vapour to emit UV light, LED lights use a semiconductor device that converts the electrical energy passed on it into light energy.

Being super energy efficient, LED lights help in reducing your power bills. LED lights have a comparatively longer lifespan and becomes bright instantly on switching on. They are currently the most efficient source of illumination and are hailed as the future of lighting technology owing to the fact that they consume very less energy and can be charged using a low energy power source like solar cells.

Why should you use LED lights?

1. The first and foremost reason why one should use. LED lights is because they consume very less energy compared to other lighting sources. They can massively help in reducing your annual electricity bill.

2. LED lights have a longer lifespan. Usually, they last for about 25-30 years.

3. When switched on, they light up instantly and you do not have to put up with the problem of dim lighting in the beginning.

4. Unlike CFLs, LED works well even in low temperatures.

5. Early LEDs were quite expensive but with the rapid growth in the marketing of LED lighting in Singapore, the prices have gone down. You can get the latest LED tubes and lights online at an affordable range.

7. They offer deep saturated colour in light without filters.

8. There are a variety of colours and lights to choose from.

9. They help the environment by consuming less energy, as the world's majority of electricity comes from fossil fuels. 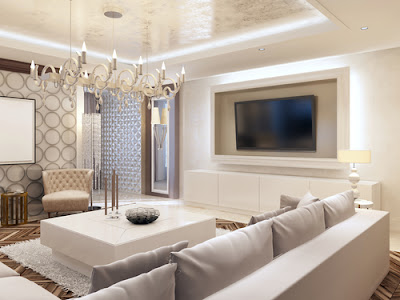 Factors to consider before buying LED lights
It is time you must switch to the cost saving lighting technology, LED lighting which after significant advances over past few years now provides the warm light that incandescent lights have been providing us since decades. Since there are varieties of LED bulbs and tubes available in the market of Singapore, choosing an LED is not the same as picking up an incandescent light source. Therefore, there are a few things you must consider before heading to the store to buy an LED.


1. Research about the varieties: The first thing you must do if you are thinking of buying an LED light is doing an online research about the available options. Because of a large variety of choices, it is completely different from buying a regular incandescent bulb. Thus, a complete knowledge about the specifications is essential. You must then choose the LED light that meets all your needs and the space that needs to illuminated.

2. Brightness: As opposed to the belief that wattage is the measure of brightness of a bulb, the real unit of measurement is lumens. It provides the real measurement of the brightness of the light source and this is the number you must look for while you are shopping an LED. Most popular brands mention this in their online stores or sites.

3. Choosing the colour of LED: Choosing the right colour of LED light can be challenging because it is known that incandescent bulbs provides a warm yellowish tinge of light, but LED lights come in a variety of colours. Warm white, soft white and bright white are the most popular colours of LED available in the market. Whereas the warm and soft white lights provide a colour similar to that of incandescent bulbs, bright white lights are whiter, like the daylight. For homes, you must go for the ones similar to the regular bulbs, that is the warm white and soft white colours. Do consider the colours of your walls.

4. Colour temperature: Technically, the colour temperature is measured in Kelvin. The lower the Kelvin value, warmer or yellowish is the colour. A typical incandescent bulb has a Kelvin number of 2700-3000K. With this range in mind, you can shop for the colour that you wish to buy. A major difference between the high and low quality LED lights can be the consistency of colour temperature of the multiple products.

6. LED fixtures: Most of the manufacturers claim that their LED lamps have a lifespan of 20 years and more. This statement holds true if the LED fixture is designed in an effective way to not let the LED heat up. 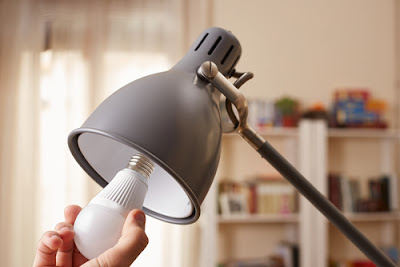 Why is the future bright for LED?
1. Statistics made by the six major Southeast Asian countries which includes Singapore show that the marketing of LED lighting has grown significantly and is expected to grow further in the coming years. Singapore is the most developed country among the other Southeast Asian countries and has shown the fastest growth in usage of LEDs, even though developing countries like India benefit the most from it.

2. In the early days, the biggest obstacle on the path of adoption of LED was its high pricing. Over the years, there have been significant advances and lowering of prices which has made it a lighting source for homeowners as well as multinational companies.

3. With the LED lighting becoming mainstream, the organic LEDs (OLED) are now coming up which are made of layers of organic semiconductor devices. It is predicted to have a mass marketing in later years, but is currently being used in TVs and mobile phones.

4. Currently most of the LEDs offer about 115 lumen per watt but gradual advances made by manufacturers have demonstrated that they are capable of producing 200 lumen per watt.

The LED wave is huge in Singapore and in all other countries. This is because it is a better option. Get your homes lighted up by the LED lights to help in reducing the energy consumption, while significantly reducing electricity bills along the way.
Posted by Unknown at 01:55